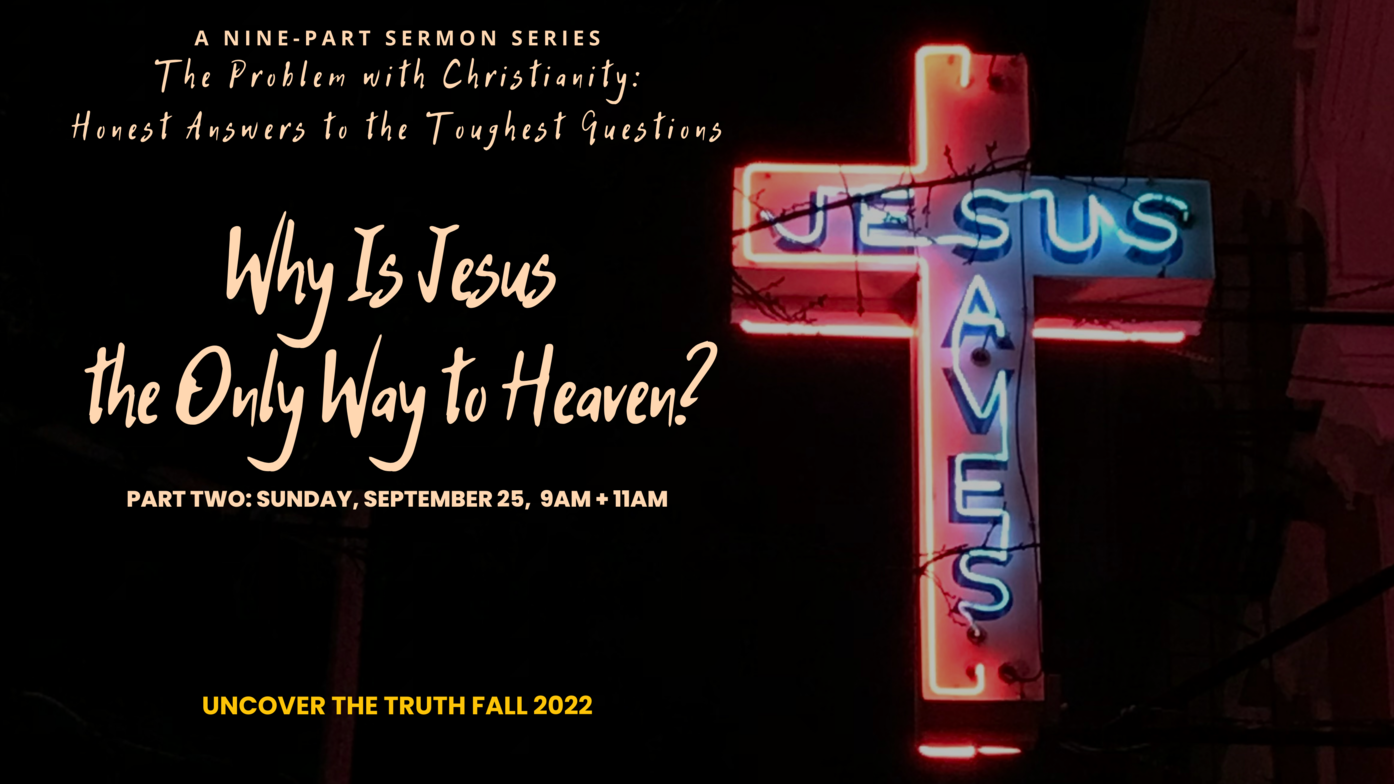 The Problem of Truth

Thoughts on Exclusivity and Religion

You see it on social media all the time.

There are a variety of different groups based on interest, and often you will receive an unsolicited invitation from a Facebook friend to join. Most of them are relatively innocuous. For example, my wife has joined almost every group for Boxer owners possible, so much so that her feed is basically all adorable dogs, all day.

There are other groups that are private, and the administrator becomes the gatekeeper of whether or not you meet the qualifications to participate. Sometimes these groups are easy to join, but others are not. I recently spoke with a woman who sought to join a group for people afflicted with a rare medical condition, and she had to provide proof of diagnosis in order to join the group.

How narrow. How discriminatory. Right?

Probably not. Rather, it’s that the job of the group administrator is to provide a safe place for the members of the group to be able to process their journey together.

In fact, the criteria for joining is not meant as exclusivity, but instead clarity. It is meant to identify rather than disqualify.

This is the problem with truth. It has boundaries. It has parameters. It has borders.

In our world of bougie inclusivity, constraints are for the narrow-minded. Our world celebrates the everyone-is-welcome, participation-trophy-for-all mentality that embraces a non-judgmental and open-minded approach to all things, especially spirituality. This is what has led to the relaxing of not only morals but the un-defining of core pillars of society like marriage, family, and gender.

Unfortunately, truth doesn’t care about our bouge. Gravity pays no attention to those who try to defy it. Green means go, yellow means slow, and red means stop. Eat whatever you want every day and your pants will eventually tell you that something is wrong.

Parameters are meant to help us, not limit us. Truth is meant to guide us, not chide us.

I have had many interactions over the years of people who can’t believe that someone as educated as me would wholeheartedly embrace the constraining worldview of Christianity. “It’s just SO NARROW,” they quip. But there are very few good things in life that don’t have a healthy dose of narrow.

Marriage is one of them. By pledging your love to your spouse, you are cutting off some 3.5 billion other candidates.

Health is another. If you truly want to eat clean and care well for your body, nearly ninety percent (or more!) of what occupies the shelves at the local supermarket is ruled out.

But when it comes to religion, to spirituality, for some reason we believe that we can stroll through the proverbial supermarket of faith and pick and choose whatever we want. You can have your hippie, progressive Jesus with a healthy dose of Eastern Mysticism, a bowl of Kabbalah, and a side of Transcendental Meditation. I mean, after all, this is your journey, right?

In the same way that the Universe has laws about gravity and the body has laws about health, the soul has laws about spirituality. And we don’t get to rewrite them based on our own preferences. No matter what Oprah tells you, you are not God.

So…by now I have probably offended you. I ask that you stay with me for just a little longer. Please. Because I think this can help you. I believe that it is truth, no matter how unpalatable, that leads us to freedom.

See, as humans, we operate out of our trauma. And vast numbers of us have a healthy bushel of unresolved trauma when it comes to God, faith, religion, and church. Not to mention the fact that we have simply had unfortunate and sometimes downright unfair encounters with people who present themselves as people of faith. All of this leads us to view any expression of organized religion with skepticism at best and cynicism at worst. We often see religion as a means of control and manipulation, as a means of wielding power and privilege. To do this politically or economically would be viewed as a gross miscarriage of justice.

To do this spiritually is an insidious evil.

Now, are you ready for the punchline?

That’s right. The guy that the world’s largest organized religion is based upon hated the abuses of organized religion. He was honest with people, healing their pain and admonishing them to forsake sin in their lives. But at the same time, he came with guns blazing (spiritually speaking) at the corrupt religious and political leaders of his day. He called them “sons of the devil” as He confronted them on their hearts of pride and prejudice. He came to abolish the things that leaders erect to keep people away from God. He came to tear the veil that limited people’s access to God.

He, as God, came so that people could know God.

And if He, as God, did this, then He, as God, can make any claim He likes. So when He states in John 14:6, “I am the way, the truth and the life. No one comes to the Father but through me,” it’s not Christians saying that one religion is better than another.

Yes, it’s exclusive. But at the same time, it’s wildly inclusive. Jesus came not only as the Savior of the Jews but as the Savior of the World. He invites any and all to come, just as they are. And He assures us that He loves us just as we are, but He loves us too much to let us remain that way. When we come to Him, He leads us into truth that takes us to a deeper place of healing and wholeness. He indeed comes to set us free.

So if you think that the path to freedom that Jesus offers is narrow and small, you’re right. But before you dismiss it, please assess your own path. What is it based on? Is it something that you have constructed for your own liking or pleasure? Or is it something that existed long before you lived and will exist long after you are gone? As Tim Keller so adeptly puts it, if you have constructed a god that meets all of your requirements, it’s not the one true God that you worship, but actually something that looks a lot like you.

Truth, by definition, is narrow. But truth is truth and needs no defending.

Let me invite you today to explore the truth embodied in Jesus Christ. Really explore it. Because, if it is truth, you won’t reject it because of the actions of so-called followers to harm you.

You will instead be enraptured by the action of God to save you.

Nov 27
The God of The Impossible

Subscribe to receive email updates with the latest news.