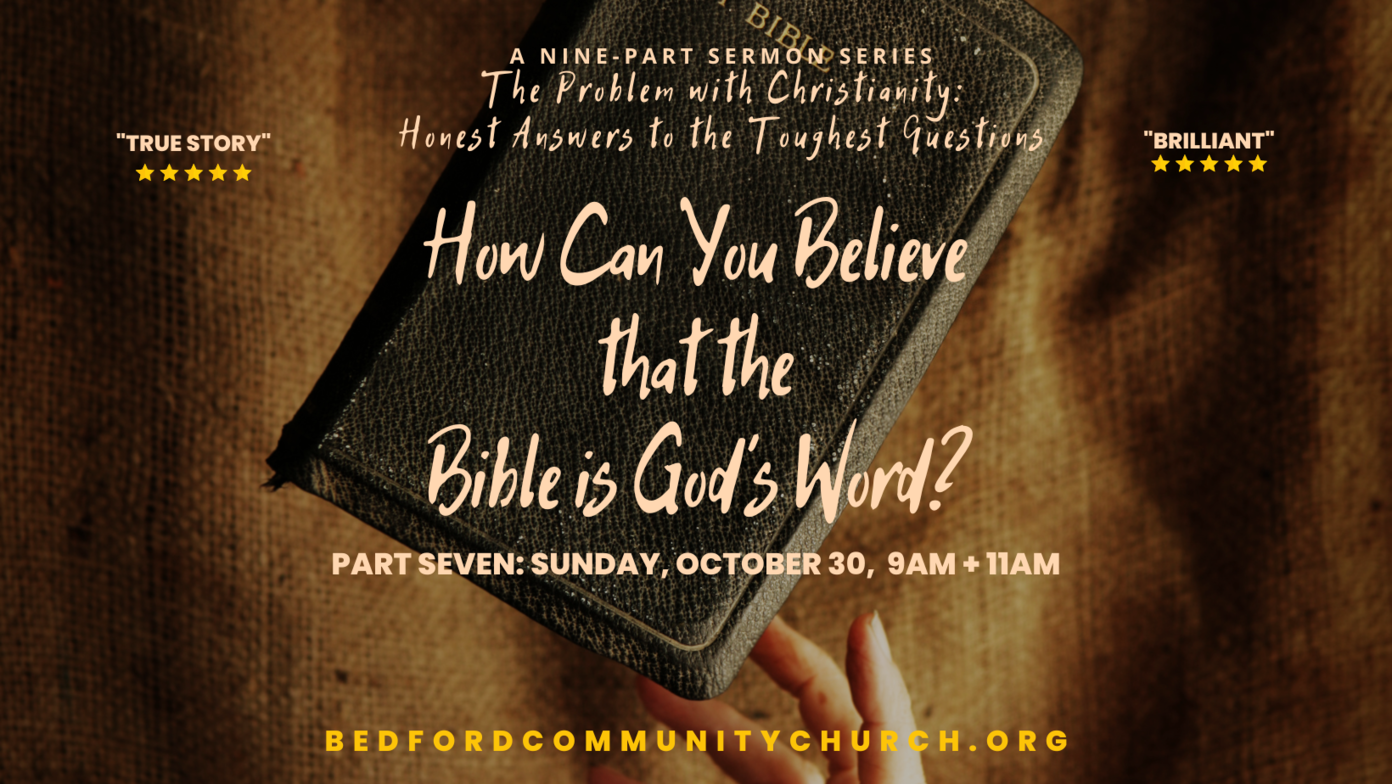 On Monday, the Protestant Church around the globe celebrated Reformation Day. It is the commemoration of the important events of October 31st, 1517 when Martin Luther, a Catholic monk in Germany, tacked the Ninety-Five Theses on the door of the church in Wittenberg.

There are many repercussions that came out of the Protestant Reformation. But very few were as impactful and as important as this: the Bible came near to the people.

Until Luther’s revolution, the Bible was, for the majority of Christian history, held in the hands of the clergy only. Luther believed that the word of God was living and active, as the author of Hebrews writes, and that God’s people should have full access to it in their native language. While Church leadership at the time believed that it was dangerous for the people to have access to the Scriptures for fear of erroneous interpretation, Luther believed that the Spirit of God would lead the Church into all truth.

This is how you have your own Bible today.

We would witness erroneous interpretations and the rise of unorthodox Christian cults in the Nineteenth and Twentieth Centuries. At the same time, we would watch the Reformation stream of Protestantism splinter into thousands of pieces, countless denominations, and expressions of the orthodoxy of Christian faith. We would see a Church that is the furthest thing from united, and yet the move of God continues to sweep the globe.

The Bible is at the center of it all.

Besides easily being the best-selling book of all time, the Christian Scriptures have inspired millions of other literary works, influenced laws and culture and Western civilization as a whole. Renowned historian Tom Holland asserts the profound influence of Christianity and the Bible in his seminal word Dominion: How the Christian Revolution Remade the World. I highly recommend this book as an impartial, secular assessment of the impact of Christianity and its Holy Scriptures on the development of the Western (and Eastern!) Civilization.

But is it the Word of God? This is the question that so many wrestle with.

And it does matter. Because if it isn’t inspired, inerrant and infallible, then it isn’t worth basing our lives upon. The Bible, like Christ, requires complete trust and adherence, or none at all. And this is why, throughout the history of the Christian Church, attempts to disprove the Bible have been widespread.

As more and more archeological projects literally unearth the ancient world, we see the Bible confirmed more and more in its validity and veracity. In fact, there has been no document in history more critiqued, analyzed, and subsequently confirmed than the Bible. We as Christians can stand on this Living Word as the basis of our life and praxis.

Let me close with this: it’s okay to be skeptical. It’s okay to have doubts. But it’s not okay to malign or dismiss a worldview without doing the necessary work of scholasticism that will substantiate your contrarian claims.

Do the hard work. Keep an open mind. Study impartial sources. Don’t be surprised if you too are captivated by the rich literary treasure of Scripture.

And if you look a little further, you might even find the God who wrote these Scriptures, giving them to us so that we might know Him and have a relationship with Him.

(For more information on this topic, please refer to this excellent article from Biblical Scholar Norman Geisler, PhD. entitled, How Do We Know The Bible is The Word of God? —https://normangeisler.com/how-do-we-know-the-bible-is-the-word-of-god/)

Nov 27
The God of The Impossible

Subscribe to receive email updates with the latest news.